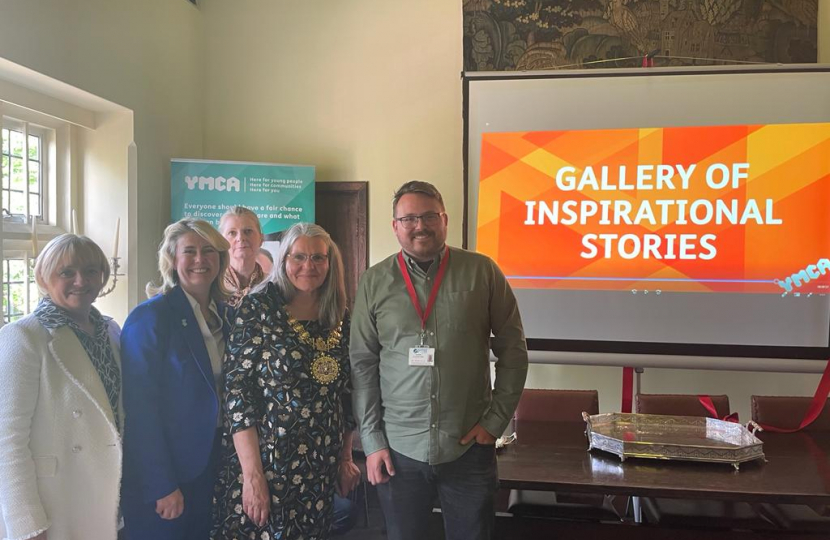 The Mayor officially opened the project and the audience, which included the CEO of YMCA England and Wales Denise Hatton, was shown a video sampling some of the exhibits that will be featured in the full gallery. It exhibited original artwork, poetry, music and interviews with the Mayor, novelists, singers, councillors, filmmakers and speakers who had been in care as children. The aim of the Digital Gallery is to break down the negative stigma surrounding people who have been in care by highlighting individual success stories which show that care has actually empowered people to lead successful and fulfilling lives.

Speaking as she opened the Gallery, the Mayor said “This event today marks the start of an ongoing project, which we intend to develop, and more stories will be added to this rich tapestry of life experiences for young people to draw upon. We hope that this will form part of the legacy of my mayoralty and will reach the eyes, ears, and hearts of young people locally and nationally.”

Anna also spoke at the event to congratulate YMCA Southend for their work and to celebrate the time in office of the Mayor, who is coming to the end of her year-long tenure as the 100th Mayor of Southend and the 1st Mayor of Southend as a city.

Speaking at the event, Anna said “It’s an absolute privilege and an honour to be a patron of the YMCA, I think the work that the YMCA does is absolutely phenomenal… I’m so grateful to you for bringing us this project and I feel so proud to be MP for an area that’s got organisations like this in it and councillors who have supported such an amazing project… It’s so inspiring to have Margaret with us to be the 100th Mayor of the Borough and to be the 1st Mayor of the City of Southend. Margaret is absolutely living, making history of everything that the YMCA is, and I just want to thank you, Margaret, for all that you’ve done and I hope I can make you proud and contribute to the YMCA in my years as your MP.”

The digital gallery will be expanded in the coming months to include as many exhibits as possible before it is released online by Southend YMCA.