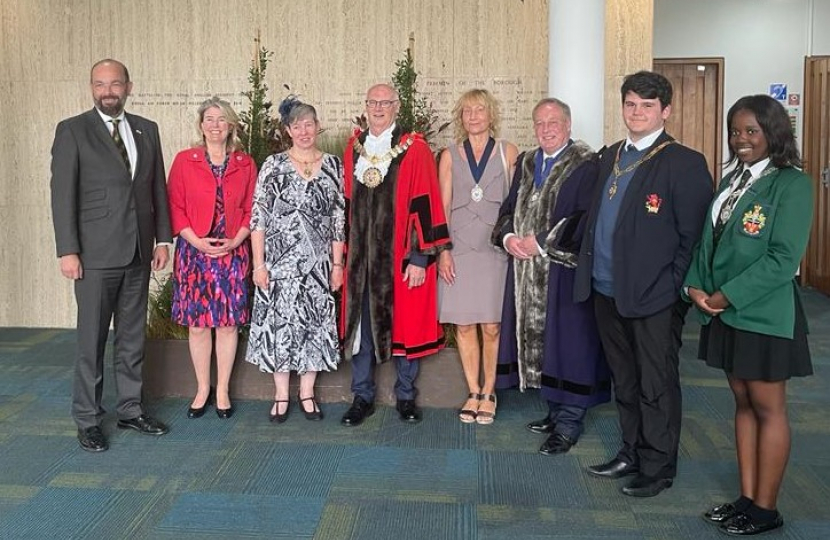 On Thursday 12th May, Anna Firth, Member of Parliament for Southend West, attended the inauguration ceremony of Councillor Kevin Robinson as the 101st Mayor of Southend and Councillor Stephen Habermel as Deputy Mayor.

The inauguration took place in the main chamber of Southend City Council at Southend Civic Hall and saw outgoing Mayor Councillor Margaret Borton chair the meeting before the chains of office were given to Councillor Robinson.

Councillor Borton paid tribute to Anna’s predecessor as she addressed the council, saying “There have been many happy times throughout the past year and, as we all know in this chamber, some sad times. Amongst the latter was the tragic murder of Sir David Amess and the sad loss of Garry Lowen, who are both sorely missed and a great loss to this City of ours.”

Speaking after the event, Anna said “I want to extend my warmest congratulations to Councillor Kevin Robinson on his appointment as our 101st Mayor. Margaret served our city with the upmost distinction through an extremely challenging year and I’m sure Mayor Robinson will be no less dutiful as he starts his Mayoral term. I look forward to working with him and the council as we write the extremely exciting next chapter in our city’s history.”