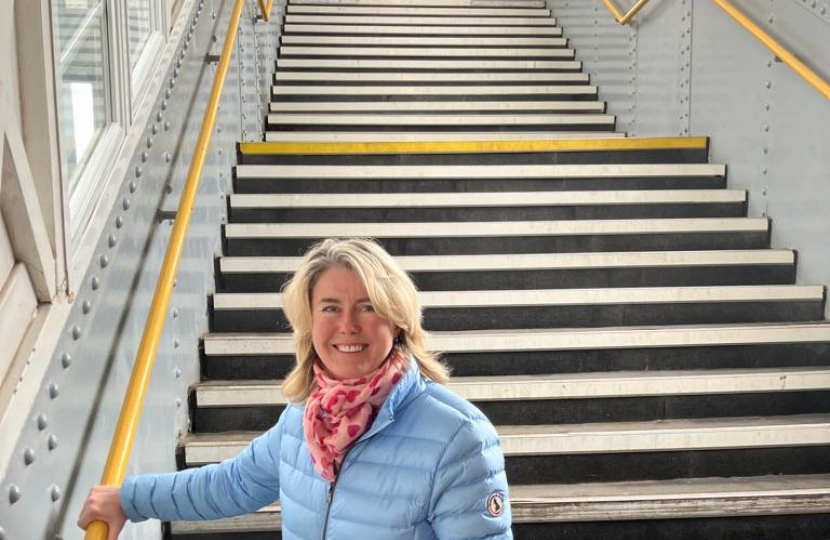 Speaking at Treasury Questions in the House of Commons, Anna said “Every station on the c2c line in Southend West is access friendly except for Chalkwell Station, where there are thirty very steep steps you have to clamber up and down. What further support or funding can the Minister provide to level up Chalkwell Station and make sure that final station is also accessible for all?”

Speaking to Anna following her question, Helen Whately MP, Exchequer Secretary to the Treasury, said “My honourable friend is absolutely right to campaign for better access to stations for disabled people. I’m pleased to confirm that Chalkwell is included in the Department for Transport’s £350 million Access for All program.”

Anna previously visited Chalkwell Station earlier this month to speak to staff and see for herself the lack of accessibility. She has received a great deal of correspondence from constituents about this issue following which she lobbied Ministers, spoke with local councillors Nigel Folkard, Stephen Habermel and James Courtney and met with representatives from c2c, leading up to the announcement in the House of Commons today.

Construction will begin to install a new footbridge and lifts at Chalkwell station in the autumn of this year.

Speaking about the announcement, Anna said: “I am extremely glad to have stood up in the Chamber today and continued my campaign for greater access rights at Chalkwell Station. Our City prides itself on being highly accessible to everyone but for too long Chalkwell Station has been the exception. I am delighted to announce that this will all change in autumn! We now have a share of the £350 million Access for All fund which will be used to construct a lift and an accessible footbridge, meaning that every single station on the c2c line will be accessible. I’m extremely grateful to Helen Whately for coming to Southend and taking a keen interest in this issue, I am genuinely proud of what we have achieved today.”