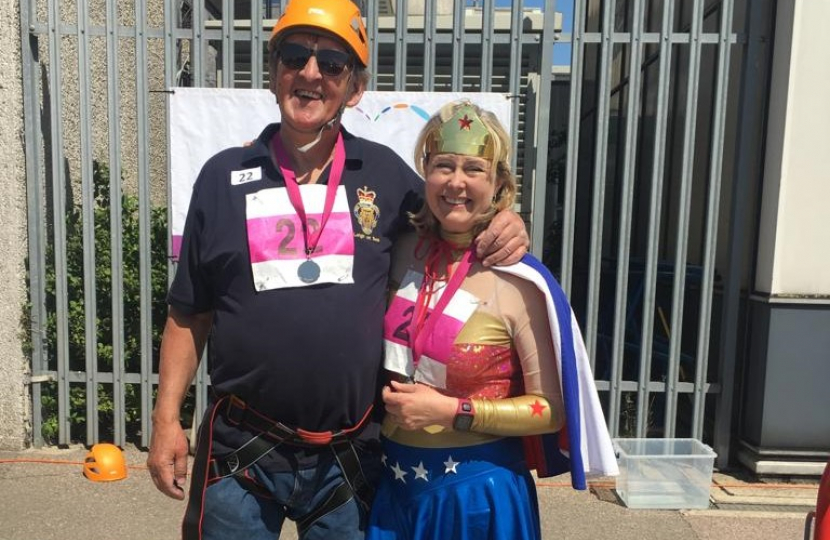 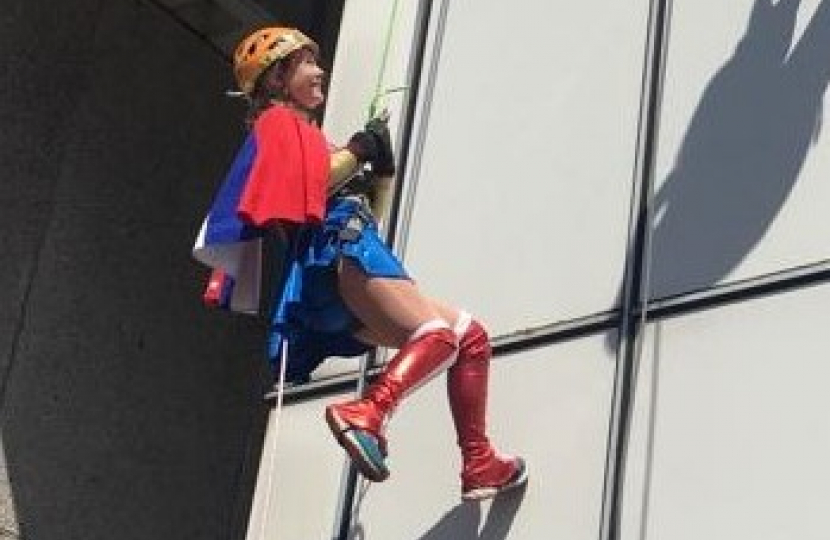 On Saturday, 14th May, Anna Firth, Member of Parliament for Southend West has abseiled down the 154ft tower at Southend University Hospital to raise money for the cancer ward.

Anna, who dressed as Wonder Woman for the event, set up a fundraiser for the abseil with an original goal of £2,000. She managed to raise over £2,100 pounds through the generosity of 50 sponsors. The money has been raised to support the Elizabeth Loury Ward, which treats patients with prostate cancer. Anna is a patron of Prost8, a local charity founded by local resident Paul Sayer which aims to improve outcomes for men with prostate cancer by using minimally invasive treatments.

Anna was joined by the Royal British Legion’s Bob O’Leary for the event, who also abseiled down the tower on Saturday.

Speaking after the event, Anna said:

"It was brilliant to be able to abseil down the hospital tower! As I’m scared of heights, this was quite a challenge, and I was extremely nervous before hand. I am very pleased that I followed the advice of my colleagues not to look down!

“Of course, I was doing this abseil for a cause that I feel very passionate about – prostate cancer, which my father died of this 18 months ago. I am delighted to have raised over £2,000 from more than 50 supporters for the brilliant Mid and South Essex Hospitals Charity, and I want to thank everyone who has been in touch to wish me luck with this rather unconventional way to spend a Saturday morning!”

Anna’s fundraiser is still accepting donations and can be found at: https://www.justgiving.com/fundraising/anna-firth45