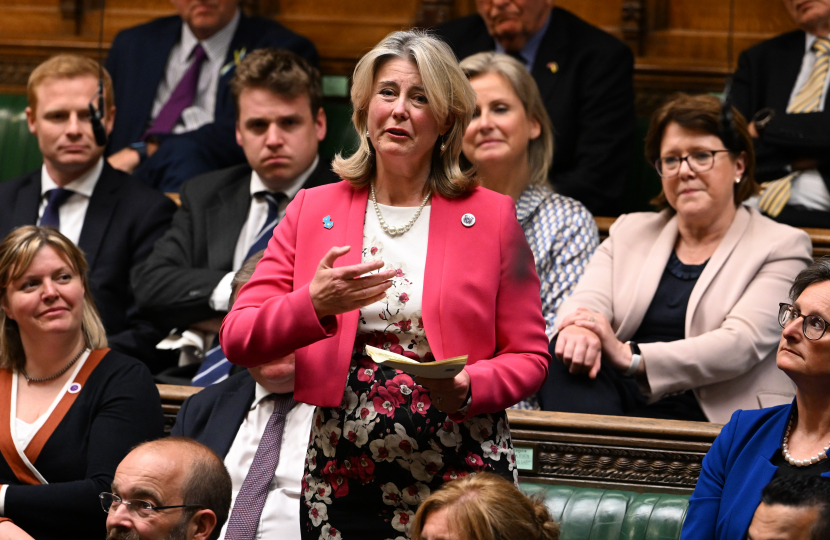 Anna Firth, the new Member of Parliament for Southend West, has made her Maiden Speech to the House of Commons on Tuesday 10th May.

Anna Firth’s Maiden Speech was the first speech she has made in the Chamber as a new member of the House of Commons. The speech was part of the debate following the Queen’s Speech earlier in the day. Now that Anna has made her Maiden Speech, she will be able to participate fully in parliamentary debates.

Anna Firth was elected on February 3rd in a by-election following the murder of the previous Member of Parliament for Southend West Sir David Amess, who was killed on 15th October 2021.

Anna has been unable to make her Maiden Speech until now owing to sensitivities around the trial of Sir David’s murderer.

In her Maiden Speech, Anna paid tribute to her predecessor, and to his family. Colleagues across the House agreed when Anna said that everyone in the House of Commons missed Sir David’s kindness, decency and sense of humour. Anna also drew attention to the huge sacrifices that Sir David’s family has made, and she praised the ‘dignity, love and spirit of reconciliation’ that they have shown since he was killed. Anna also thanked the other mainstream political parties for not standing at the byelection, which followed a precedent set after the murder of the MP for Batley and Spen, Jo Cox, in 2016.

Anna highlighted especially the work of the charities that Sir David supported, including the Music Man Project, Prost8 and the Endometriosis Foundation, as well as the Bills that he sponsored in parliament, including the ‘Warm Homes and Energy Conservation Act 2000’ and the ‘Protection Against Cruel Tethering Act 1988’.

Anna also praised the new City of Southend, and drew attention to her work for the city to receive the status of ‘UK City of Culture 2029’. She highlighted the many attractions in the city, including the highstreets and beaches. Anna also praised the people of Southend, describing them as ‘positive, talented, hard-working and entrepreneurial, drawing attention to local independent businesses, including Rossi’s Ice Cream and the Tapp’d bar in Leigh on Sea.

Anna was joined by her own family, including her mother and husband who were watching on from the galleries of the House of Commons. Anna also paid tribute to her father, who died from prostate cancer 18 months ago.

“It was a huge privilege to make my Maiden Speech in the House of Commons. Whilst it is always nerve-wracking to appear in the Chamber, today was especially so! However, my colleagues across the House were incredibly supportive.

“It was very important to me to pay tribute to my predecessor, Sir David, and to his family, who have suffered so much.

“I was also delighted that members of my own family, including my mother and husband, were able to join me today. I was also very pleased that so many people from Southend West were able to travel up today.

“It really is the greatest honour to have been elected the Member of Parliament for Southend West, and – following the outstanding example set by Sir David - I will do all I can to ensure that Southend is a beacon of enterprise, unity, kindness and opportunity.”