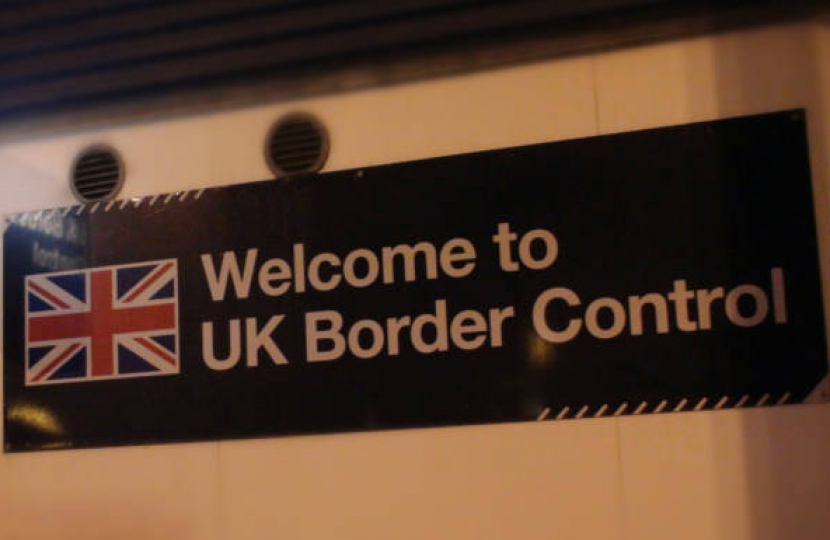 Many people have written with concerns about the JCHR’s report on the Nationality and Borders Bill and the issues it raises regarding refugees and asylum seekers, as well as the notice of deprivation of citizenship orders. I must, however, stress, for the following reasons, why I think this is a vital piece of legislation and one I continue to support wholeheartedly.

I am determined to bring to justice the ruthless criminal people smugglers whose actions endanger lives. I welcome that the Home Secretary is taking all action possible to stop criminals exploiting vulnerable people and I offer my support to this important work.

The Nationality and Borders Bill will stop the abuse of our system and give victims who have been exploited the support they need to rebuild their lives. Having spoken to ministerial colleagues, I can confirm that it is compliant with the UK’s legal and international obligations and it will continue to offer protection to the most vulnerable and step-up measures to break the deadly trade of people smuggling.

Furthermore, regarding Clause 9 of the Bill, the power to deprive British citizenship on ‘conducive to the public good’ grounds is used sparingly, complies with the UN Conventions on Statelessness and always comes with a right to appeal. The Bill does not change this.

The United Kingdom has a proud history of supporting those in need of protection; our resettlement programmes have provided safe and legal routes to better futures for hundreds of thousands of people from across the globe. Since 2015, over 185,000 men, women and children seeking refuge have been offered a place in this country, which is more than any other similar resettlement scheme in Europe. This includes almost 100,000 British Nationals Overseas threatened by draconian security laws in Hong Kong, 20,000 through the Syrian scheme, 13,000 from Afghanistan, and around 50,000 Ukrainians.

Thank you to everyone who has written in on this.