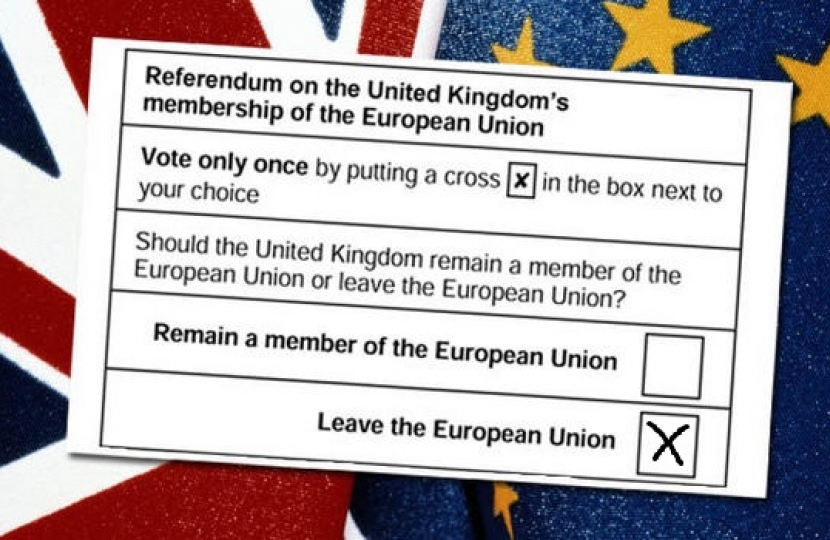 Today marks the date of the largest suffragette march ever to enable women to play a full part in democracy 108 years ago.  Despite the heroic efforts of the suffragettes, our democratic rights are once again under threat. 62% of our laws now emanate from unelected Commissioners in Brussels leaving only 38%, a clear minority, coming from our own elected members of Parliament.

I believe our Society will be freer, fairer and better off if we made all our own laws and took control of our own destiny again.  For example, if we want to scrap VAT on fuel or sanitary products to help people to pay their bills we should be free to do so.  Likewise it should be up to our own elected British government who we trade with and who we allow to come and live, visit and work in our Country.

The European Parliament can do no more then review or reject legislation, and we have only 73 out of the 751 members.  There has been a very clear erosion of the rights of British people in favour of Europe over the last 43 years, and as the EU struggles to deal with its own self-inflicted twin problems of uncontrolled migration and the abject failure of the single currency, this will only get worse.

The EU has already published its plans for the next Treaty paving the way towards a federal states of Europe with complete economic, fiscal, financial and political union, including power over taxes.

In return we are offered the sinking, single market.  Why would we wish to sell our and our children’s democratic birth-right to be part of a declining, dysfunctional customs union characterised by mass unemployment when we could trade freely with the rest of the growing, global world market as well as the EU?

If we stay in the EU our budget contributions will mushroom as all wealthier counties will inevitably be required to bail out less wealthy ones and immigration and the unprecedented strain on our public services will continue unchecked.  Indeed our net contribution is set to grow by 32% to £11.5 billion for this year, 2016.

I know which one I have the most confidence in which his why I will be voting Leave on Thursday.