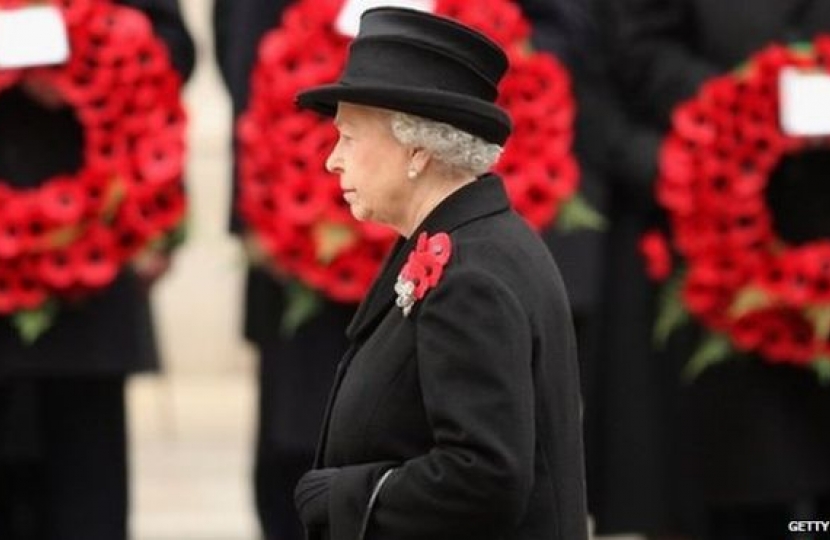 Today the British people led by Her Majesty the Queen came together as a country and as a community to remember those who gave up their lives in mortal conflict.  It is as important today as ever to remember those who served valiantly in the armed forces and gave up their tomorrow for our today.  Their courage in paying the ultimate price to defend our country and our freedoms should never be forgotten.

It is important, however, to remember that war is not just a human catastrope.  Millions of animals have also been killed and maimed in human conflicts.  As Lord Alfred Tennyson reminds us in his famous poem memorializing the suicidal charge of the light brigade during the Crimean War, horses have been used for centuries to carry heavy artillery and soldiers into battle.  Dogs have been parachuted behind enemy lines and even dolphins have been used to detect mines.  Farm and companion animals are also regularly victims of war - when people flee, the animals are left, often starving, to take the brunt of the bombing.  Animals never start wars yet because humans do they end up suffering too.

Today as we quite rightly remember and honour our fallen war heroes to whom we owe so much we should, perhaps, also remember the many animals who, through no fault of their own, died not war heroes but war victims.