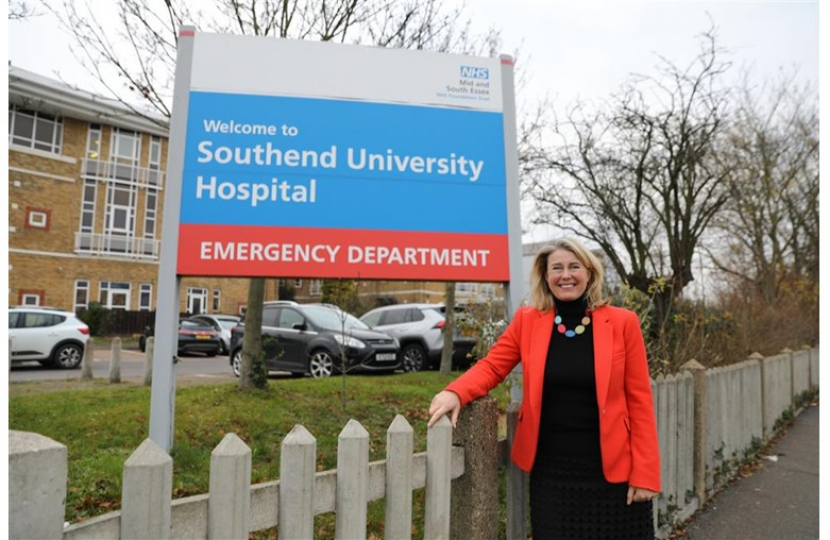 Anna Firth, Member of Parliament for Southend West, has raised £2,020 for the Elizabeth Loury Cancer Ward at Southend University Hospital. Anna has been raising money for an abseil down the tower of the Hospital which she will do, in fancy dress, on Saturday 14th May 2022 alongside Bob O’Leary of the Royal British Legion. Anna set the goal of £2,000 in April, which has now been reached by 47 sponsors.

Anna’s fundraiser is still open and can be found at:

Responding to the news, Anna said “Absolutely thrilled to see that so many generous people have donated to my fundraiser which has now surpassed its goal of £2,000! The Hospital is an essential part of our community, we are extremely lucky to have it and I will do everything I can to support it. I’m particularly pleased to have been able to raise this money for the Elizabeth Loury Ward which treats patients with cancer because I am a long-standing supporter of Prost8, a charity run by local resident Paul Sayer, which aims to improve outcomes for men with prostate cancer by using minimally invasive treatments. I want to thank everyone who has donated already or is going to do so, making Southend safer, healthier and wealthier is my aim, and this is brilliant way of providing direct support to our wonderful hospital!”