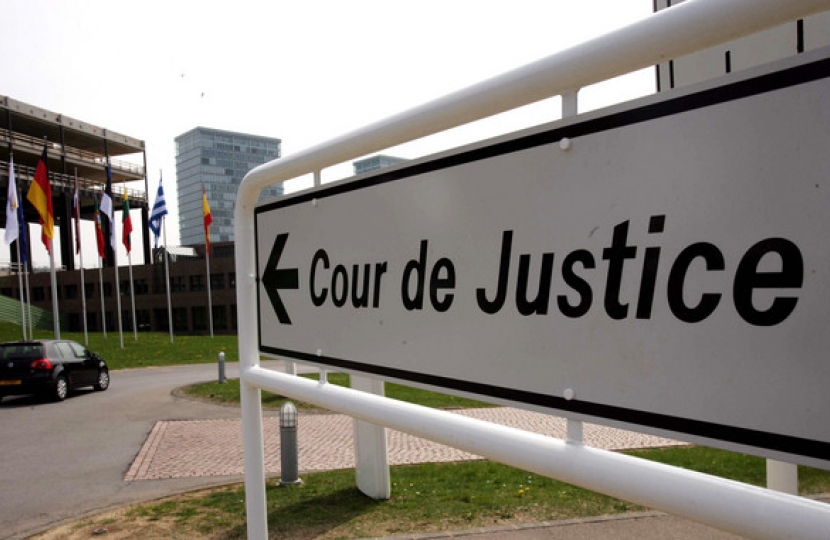 I am delighted that the Conservative Government's priniciple that people should first make a contribution to this Country before claiming benefits has been recognised by the European of Justice in a landmark judgment handed down in Luxembourg yesterday.

The European Court of Justice (ECJ) ruling which applies to all EU member states and which concerned a Bosnian-born Swedish national (who had claimed subsistence allowances after losing her job in Germany), stated that even after six months' residence in an EU state a migrant may still be refused any social assistance.

This is an excellent ruling as it strengthens David Cameron and the UK Government's position in the forthcoming negotiations by demonstrating that the UK is right to restrict benefits going to EU nationals who haven’t paid into the system in this country.  Changes to EU policy on migrant benefits are a key part of his renegotiation, ahead of a UK in/out referendum on EU membership, set to take place by the end of 2017.

It also supports the UK Government's argument that individual member states should have the freedom to design their own welfare systems without being constantly challenged by the courts.

Working people deserve a welfare system which is on the side of those who work hard, do the right thing, and contribute into it. By making sure it isn’t there for migrants who haven’t paid in that is exactly what this Government’s One Nation approach is delivering.