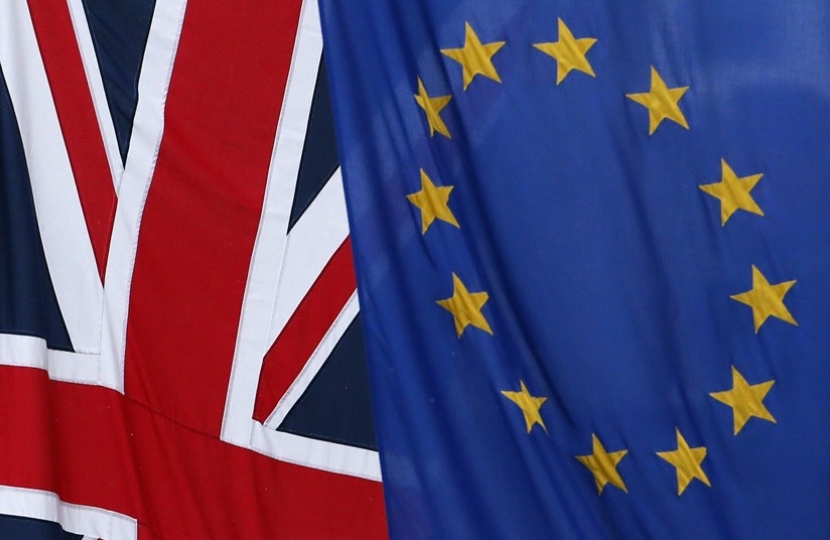 No-one can doubt the stamina, dedication and tenacity of the Prime Minister last week in Brussels and it is a great shame the EU passed up the opportunity for any true or lasting reform.

Permission to tinker around the edges of our own welfare system and talk of being excluded from “ever closer union” does not amount to fundamental reform.  Consequently, it was no surprise to see the foreign press reporting that the European Union had not granted the United Kingdom any special dispensations from its rules.

We did not get back control over our own laws nor any treaty change, and since we did not ask for any concessions on freedom of movement, mass immigration from within the European Union will continue, exacerbated almost certainly by the advent of a higher national living wage starting in 6 weeks time (£7.20/hr, rising to £9/hr by 2020).

In reality, even though we are outside the Eurozone, the unelected EU commission will continue to initiate new laws affecting our everyday life that we are powerless to change or repeal.  EU law will continue to be supreme over UK law and when there are disputes the European Court of Justice in Luxembourg not our own Supreme Court will have the final say.

For all of these reasons I will be voting to leave the European union in June.  I believe that decisions are best taken as close to those who are going to be affected by them as possible, and by elected politicians who we can boot out when they fail to keep their promises or we want change.  Power without accountability corrupts and democracy is the best method yet invented to temper corruption, fraud and complacency in high office.

The fact that even when faced with Britain on the verge of leaving the EU has offered so little speaks volumes.  Despite the misery currently being experienced by the weaker southern European countries and the fact that the Europe is in long-term economic decline, the EU does not want to reform.  Quite the contrary in fact.  As set out in the EU “Five Presidents Report”, more treaties bringing in more social, political and, most importantly, financial union are planned.  Being outside the Eurozone, this is not in Britain’s long-term national interests yet once again we would be powerless to stop it.

Rather then being a second tier member of a project we don’t believe in, acting as a negative, depressing brake, I believe we should forge our own way forward, reignite our links with the growing Commonwealth and make our own trade deals with the rest of the world.  Put simply, the future is global not European.  An added side-benefit is that we could then spend the £8.5 to £11.5 billion net that we send to the EU every single year on our own people and national priorities.  Just imagine the additional houses, schools, Hospitals and roads that could be built with such a large additional cash injection.

The UK will continue to play a key strategic defensive role in the world as part of NATO and as one of the five permanent members of the Security Council.  The police and intelligence services will  continue to work together to combat terrorism but we will have the key power to deport known terrorists back to where they came from and also control those who come into our Country.

We will be able to travel freely across Europe with passports just as we did before and, of course, we will continue trading openly.  Canada trades freely with Europe with no tariffs on both goods and services under the Canadean and European Union (EU) Comprehensive Economic and Trade Agreement (CETA).   We are the 5th biggest economy in the world, Europe’s largest market and, crucially, Germany’s third largest trading partner.  There is no reason to believe that we can’t achieve a trade deal with the EU like Canada.

Yes there will be some uncertainty and in the short-term and the currency will suffer.  But the Lisbon Treaty allows us to remain in the EU as long as we like whilst we conclude our exit negotiations and during this time we will also be able to agree trade agreements with as many countries as we wish.  In the long-term Britain will be a fairer, freer, stronger and more prosperous country.

The “In” campaign love to characterise the “Leave” campaign as Euro haters or little Englanders.  Nothing could be further from the truth.  I love Europe, with its rich culture, beautiful countryside and delicious wine, but Europe should not be confused with the EU.  The EU is an anti-democratic political project born in the 1940’s and focussed on centralising power.  It is a million years away from our own vibrant economy and democracy that we should be looking to develop.

The referendum offers a once in a lifetime opportunity to stand up for what we believe in and have the confidence to take back control of our own destiny and our own government.  We must not let that opportunity pass.

As Winston Churchill, a great supporter of Europe once said, “If Britain must choose between Europe and the open sea, she must always choose the open sea”.

Anna Firth (in a personal capacity)