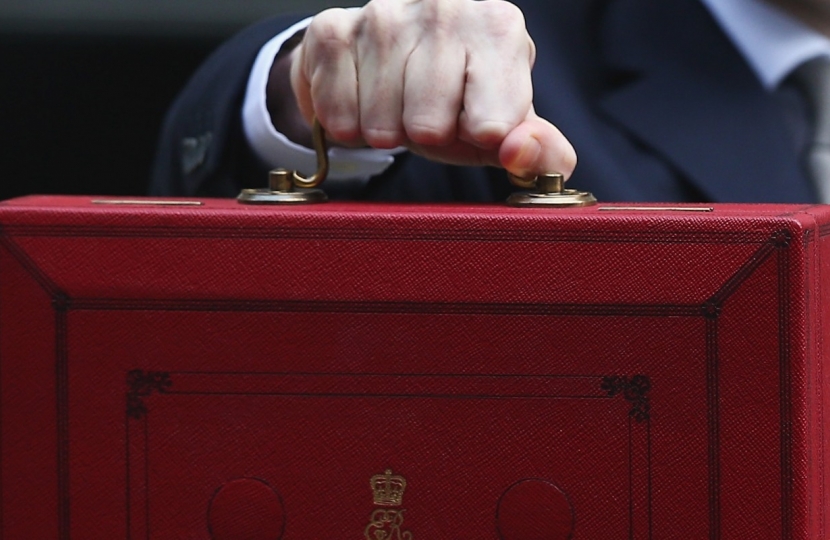 Anna has welcomed the announcements by the Chancellor today.  The Chancellor has shown that he is delivering on the promises the Conservatives made to the British people that economic security would be made a priority.

In particular, Anna is pleased that there will be no cuts to the Police when the international situation is so precarious and that the planned cuts to tax credits have been reversed.  In the last few months Anna has received numerous messages from constituents and people concerned about the impact that these cuts would have on their household budgets.  These fears were relayed back to the Chancellor by many MPs and local councils and it is extremely gratifying to have a Chancellor who is prepared to listen and understand the concerns of people across the South East and the UK.

Anna said:  "It is right that we should be aiming for a high wage, low tax economy, but like many I was concerned about the cuts to Tax Credits at a time where other spending budgets are being cut. I commend the Chancellor’s decision, which shows that he listens to  MPs from all parties about their concerns of people across the Country”.

Anna also welcomes the decision not to cut police budgets. Police funding is vital at a time when national security is in the forefront of all of our minds, and by allowing real terms protection for police funding, our country’s interests abroad will be defended and our citizens will be safe at home.

Education is a priority for Anna, and that is why she is pleased that there is also real terms protection of schools budget, as well as a new apprenticeship levy to deliver 3 million apprenticeships across the country.

Commenting, Anna said “Our children are our future and our future depends on how well we educate the children of today.  The world is becoming an increasingly competitive place and unless we invest in giving our children the best education possible our Country will not advance as fast or as far as we would like it to.  Consequently it is vital that school budgets are protected and I am pleased that there are plans to open 500 new free schools and University Technical Colleges, and invest £23 billion in school buildings and 600,000 new school places.  My priority will be making sure that Erith and Thamesmead gets its fair share of these new resources so that local children benefit"

As the Chancellor pointed out, Labour left behind a broken economy and a the remnants of a financial crisis. Today’s announcements show that our long term economic plan is working.

Anna said "Overall, the Statement confirms that that the UK is heading in the right direction.  This Spending Review is good for the people of Erith and Thamesmead, and indeed the country, as the foundations of a strong economy the sustainability are continuing to be improved by this Government”.