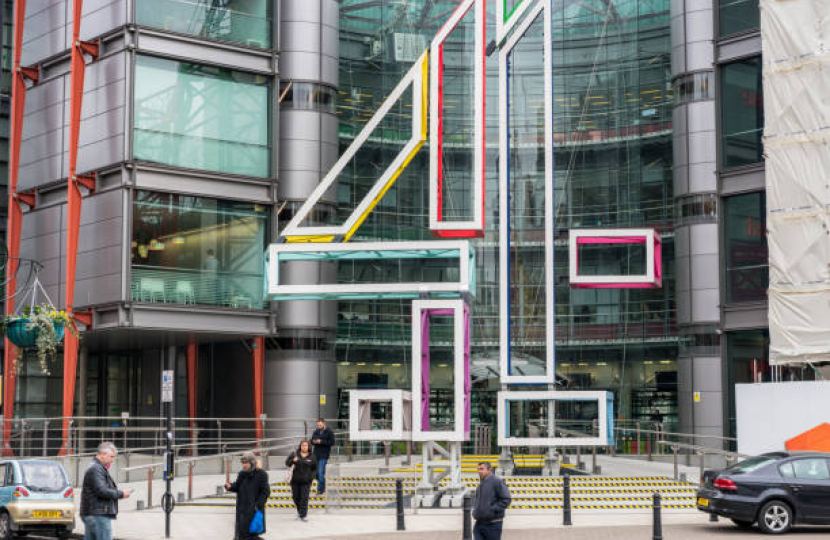 Channel 4 is a landmark in our thriving TV industry and I absolutely share the Culture Secretary’s admiration of all the work that they do. I firmly believe that they are integral to the success and sustainability of the UK’s public broadcasting system. They have been hugely successful in delivering the aims set out at its creation in 1982, including: supporting the UK independent production sector; delivering diverse and risk-taking content; and contributing to the wider public goals of public service broadcasting.

Many people seem to think that selling it from the public sector represents an attempt to diminish the quality of its service – this is absolutely not the case. I think that we have to recognise that the TV landscape has since changed beyond recognition. Before Channel 4 was set up there were only three TV channels! Now, however, there are literally hundreds of free-to-view channels plus hundreds of streaming services from Netflix to Brit box. This is a rapidly changing landscape and we have to respond to it.

Essentially the problem is that Channel 4 is entirely commercially funded but has been publicly owned since it began broadcasting. It was set up in this way principally to provide greater choice. Today though, audiences can now watch what they want, when they want, how they want, across a range of internet-enabled personal devices. The independent production sector has also grown enormously so that it now supplies content to a wide range of broadcasters and streaming services.

Bearing all this in mind, the Culture Secretary considers Government ownership to be holding Channel 4 back from competing against streaming sites such as Netflix and Amazon. She and I believe that a change of ownership will offer Channel 4 the freedom to continue its success as a public service broadcaster long into the future.

In my view, the important thing going forwards is: who do we sell it to? Of course, we will ensure that any potential buyer will be working entirely to the benefit of Channel 4 and the UK TV industry. I will follow the course of the sale closely and ensure constituent’s voices being heard. I look forward to scrutinising further details in a White Paper expected in due course.

It’s also great to hear that the Culture Secretary will seek to use potential proceeds of the sale to level up the creative sector. Investing the money into independent production and creative skills in priority parts of the country will deliver a creative dividend for all. I’m an avid fan of our film industry and was delighted to note that the UK film industry made more films than Hollywood in the last quarter of 2021 and with more studios opening in the UK, delivering funding will be key.